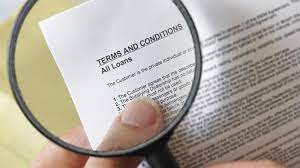 We received a couple of phone calls this month from clients seeking to understand the definitions within their Total Permanent Disablement (TPD) cover. There must have been an article somewhere alerting readers to the difference between having an Own Occupation definition rather than an Any Occupation, so here is our view:

We call TPD cover ‘never work again’ cover. Normally attached to your life insurance, TPD pays a large lump sum when doctors deem you to be unlikely to return to work. And here comes the difference in the definitions – is that return to work in my ‘own’ occupation or ‘any other’ occupation?

Now it’s easy to alarm people that the insurers, given the power, would say that a claimant is capable of doing some occupation somewhere. So those policyholders with the weaker Any Occupation clause may think they are in trouble. But it’s not all like that. The insurer can only test a claimant against the ability to perform a role that they have education/ training/experience in. Benefits are payable only so long as the insured is prevented from engaging in work for which he is suited.

Own Occupation is only offered to professional and highly-qualified people. Many of these are white collar workers. And we ask – if you cannot perform a role sitting at a desk, what other role could you possibly do? There must be some brain impairment involved, which would strike out most other jobs immediately. There will always be exceptions but for the vast majority this is not the case. An example of the absolute need for the better Own Occupation definition was a specialist surgeon who had a history of finger damage (ex-wicket keeper) who could have returned to university lecturing.

The more interesting thing that has happened to TPD definitions is the improvement from the doctors having to sign off on a claimant ‘never returning’ to work, to a much friendlier ‘unlikely’ to return. TPD was infamously tough to claim on a decade ago as doctors became very reluctant about stating our claimant would ‘never’ work again. They didn’t want any recourse from an insurer when a miraculous recovery took place. It’s a hugely easier task asking them to regard someone as unlikely to return to work. If I had an old TPD policy I would be far more interested if it used this old ‘never work again’ definition than if it was Own or Any Occupation wording.

Please remember that TPD is not the only disability cover; there is Income Protection and Trauma insurance. When used together they complement each other to suit your needs.